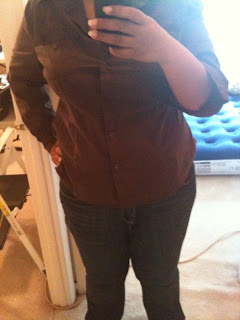 In a little less than four hours, I will be at the halfway mark of my cleanse. I'm feeling great...a lot better than I thought I would be!

I weighed in today (this was a day that I actually planned to in advance) and I lost two pounds from yesterday! So excited. Now I'm at 188.5, which is a milestone for me because (a) I broke the 190s, and (b) I'm pretty much exactly where I was 10 years ago, when I was at my lowest weight since my pre-teen years.

Today is Day 11, and it's supposed to be the toughest day of the cleanse, because I had to give up juice. All I can do is water until midnight. To me it's not that tough, because I'm seeing some crazy results! Also, from now on it will get easier, because instead of me giving up different foods, I get to slowly bring them back in.

I'm a little nervous about bringing food back in because I don't want my progress to stop. However, I know I have to get this negative thinking out of my mind...I don't want to fall back into old patterns.