As soon as I finish typing this sentence, I'm going downstairs and making myself some stir-fry vegetables and tofu.

Ok, I'm back. Question: What does food taste like after a week straight of not eating?

Prior to the cleanse, this would not have been my breakfast of choice. But today, I'd have it no other way. Next time, I'll know to stir-fry the tofu a little more. Other than that, this is the bomb!

I did weigh in this morning. I was a little disappointed to see that I only lost a pound and a half over the entire weekend. To keep it real, I did cheat a little bit yesterday at my parent's house, with some 60-calorie hot chocolate. And I wasn't able to do spinning yesterday morning because all the bikes were taken by the time I was done with my run. But I still was, on average, more than 700 calories under my daily target.

However, I did lose eight pounds last week, tying my previous record. My metabolism may have slowed down towards the end, but it will pick back up this week as I re-approach my calorie limits. I expect to gain a little weight first, but lose it pretty quickly. For that reason, I probably shouldn't get on the scale for a while. I'll play it by ear. It definitely won't be tomorrow morning.

I'm surprisingly done eating now, leaving more than half my plate untouched. Since it is Monday, I'm going to Subway later for a double-veggie patty salad. For dinner, I'll probably eat the rest of the salad, and maybe the rest of the stir-fry.

Even though I'm not counting calories today, I expect to take in around 1000 and burn maybe 1500, through Zumba (1000) and after-work basketball practice (500). The last thing I want to do is shock my body and end up putting on 2 or 3 pounds in one day. 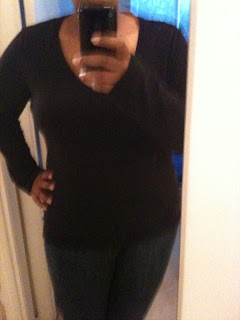